Kingdom Craftsman: A House of the Elect
• SIMPLY • 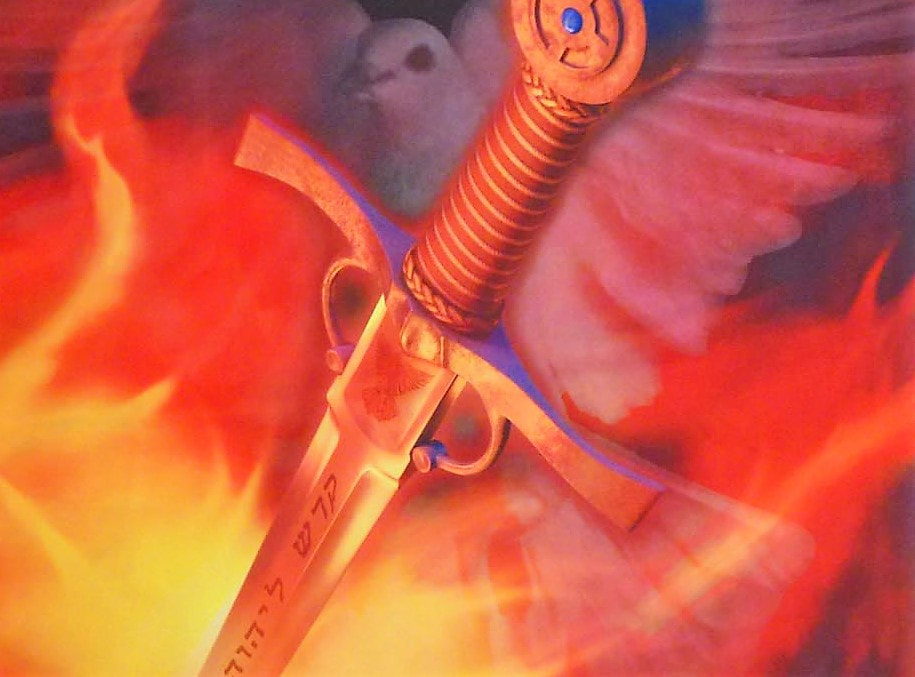 MAGNIFICENT - to have access to the Tree of Life

A lot more occurred at Mt Sinai than what we generally discuss. We know that was when a few million people were set free from the rule of the Egyptian Pharaoh.
This was the fulfilment of the 1st Feast known as Passover.
Now in Exodus 20:18-21.
18 And all the people perceived the thunder and the lightning flashes and the sound of the trumpet and the mountain smoking; and when the people saw it, they trembled and stood at a distance.
19 Then they said to Moses, "Speak to us yourself and we will listen; but let not God speak to us, lest we die."
20 And Moses said to the people, "Do not be afraid; for God has come in order to test you, and in order that the fear of Him may remain with you, so that you may not sin."
​21 So the people stood at a distance, while Moses approached the thick cloud where God was.

God SPOKE out of the midst of the fire.
Now this was the opportunity to experience the 2nd Feast known as Pentecost. This is not discussed very often but it's clear that only 2 people where able to make the choice to believe Moses and accept direct communication with Father at that event and to continue on in their journey to Father's promise; that is to go, to experience the Promised land. I believe that journey will bring us to the 3rd Feast known as Tabernacles. Check Deuteronomy for more detail on Father's gift of the 3 Feasts.

This is a very key revelation.
Paul says that faith comes by hearing His voice. The revelation of God did make Israel fearful, and they withdrew from His presence.     (we will shoot ourselves in the foot if we do that)

Moses told them that God had manifested Himself in this way in order to prove them, or test their faith. If God had called them into a rose garden, the people would have needed no real faith, because they would not have had to overcome any fleshly fear. God makes it difficult in order to see if we really do trust Him not to destroy us when we do as He asks.

True godly fear is different from fleshly fear. Godly fear is trusting God in matters of life and death. This is the fear of God that was required of Israel  (we need to know what Jacob did to be given the name - Israel) Each one of us are called to the Jacob / Israel experience as well.

For this reason Moses told the people, "do not be afraid," and then seemed to contradict himself by telling them that God had come to test them, "that the fear of Him may remain with you, so that you may not sin." (Ex. 20:20). These are two different qualities of fear. The first makes us run FROM God; the second makes us run TO God. The New Testament tells us that "perfect love casts out fear" (1 John 4:18). This tells me that true godly fear, when mature, is actually perfect LOVE.

The fire of God should dwell within each of us as a burning love and desire to please Him. Moses had the fire within his own heart, as we see in the story, and so He was able to approach God without fear.

If the fire of God makes us fearful and does not increase our faith, then something is wrong either in our own hearts or in our understanding of God. Perhaps God is not being portrayed correctly. Perhaps many are describing the fire incorrectly and imparting a carnal fear, often inadvertently.

​Fear has become such an ingrained way of life for many Christians.
​The victorious life of unshakable faith in God is quite rare, and, I believe, impossible without knowing the sovereignty of God and His love for us.

Joshua and Caleb got it -
Jesus walked it out for us, for example -
Peter James and John got a special invitation to see what it looks like -

we'll talk more about this topic...